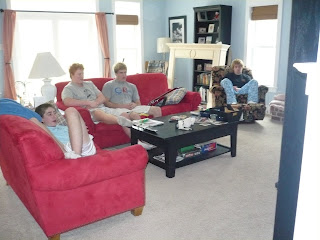 This is only half of the gang that was in and out of my house all weekend ....(now don't get me wrong ... they're all good kids .... and I'd much rather have them all at my house because then I at least know where my kids are and what they're doing ...... HOWEVER .....my house constantly looks , not to mention , smells .... like a giant locker room .... or a barn .... and THE BATHROOMS ...... UGH!! ...... Men's Room at a disgusting gas station pretty much sums it up ..... I keep telling them to aim for the water ....) (P.S. to answer Nancy's question in the comments about the fireplace .... the fireplace surround/mantel was just finished about a month ago, but not yet installed since SOMEBODY has to paint it first ..... and now that somebody decided that some of the bricks have to be changed BEFORE he paints and installs the surround/mantel .... so he stuck it over there , propped up against the bookcase .... and there it will probably stay for months, and months, and months, ....)

Anyhow, the gang eventually got bored of watching dirtbike racing on TV and hauled themselves off of the sofas , suited up, revved up (anyday now the neighbors are gonna vote us OUT of the neighborhood!) and took off on their dirtbikes leaving me with this ..... 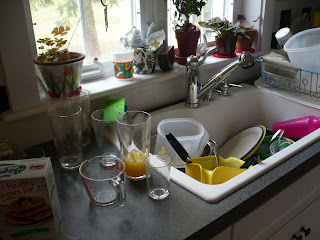 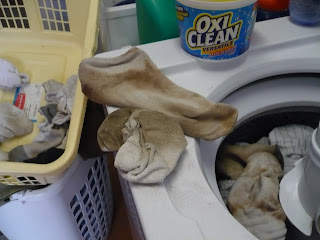 .... and a HUGE pile of the filthiest laundry you've ever seen!!!! CAN YOU BELIEVE THOSE SOCKS !!! (sorry!! I should have put a warning at the beginning of this post that there might be some graphic scenes of abused socks.)


ANYHOW ..... Daisy and I FINALLY escaped to the sweet PINK solitude of our sewing room for a little well-deserved peace and quiet and blissful sewing .... 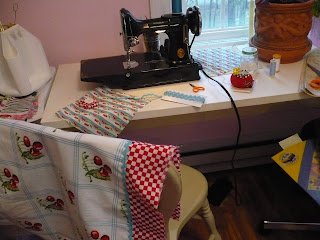 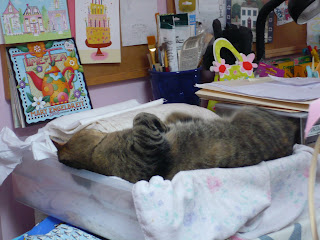 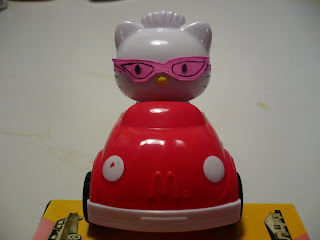 Kitty wanted to know if I wanted to go shopping with her .... she wants to get some new sunglasses .... she decided she doesn't like those pink ones ..... 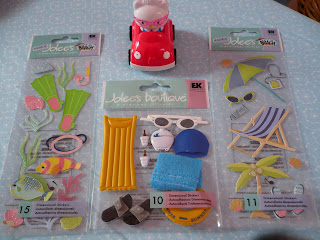 ....Kitty says now she has just about everything she needs for going to the shore this summer.

Anyhow, after we shopped for Miss Kitty, she waited out in the car, listening to her tunes, while I FLEW into The Quiltery literally minutes before closing time (Kelly and Judy weren't there today, but Karen was ..... actually, she's usually the one working on a Sunday when I run through the door seconds before she's closing , and I skid across the floor saying WAIT !!! I just NEED .......whatever it is .... and poor Karen just shakes her finger at me and rolls her eyes .....I decided I better not take her picture .... she was ready to strangle me as it was .... ) ANYHOW, the reason I felt the need to zoom in there yesterday was to grab a few yards of this highly sought after, and difficult to find fabric ... 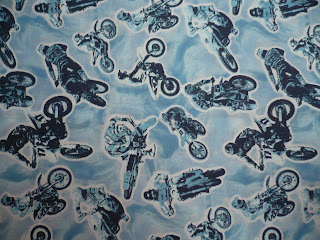 BUT ..... lest you think I have all sorts of self control in a quilt shop and only bought that one fabric ..... think again!!! With only SECONDS to shop before closing time, I managed to throw a few more bolts of fabric on the cutting table (while Karen had her arms crossed and was tapping her foot .....) but I was SPEEDY !!! I may have broken some sort of record .... look at this pretty stuff !!! 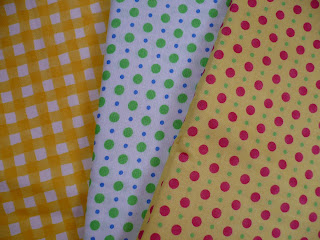 ......ooohhh, and look at this pretty stuff !! This is some of the fabrics from the "At Water's Edge"collection by Blackbird Designs. 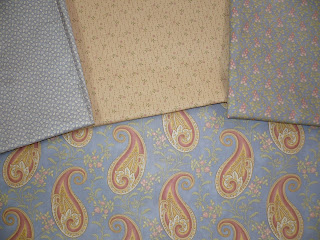 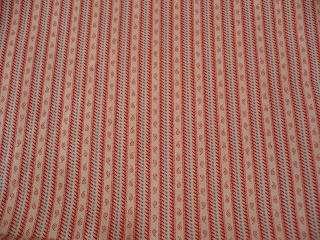 ... and this fun stripe fabric is from the "Prairie Paisley" collection by Polly Minick and Laurie Simpson.... 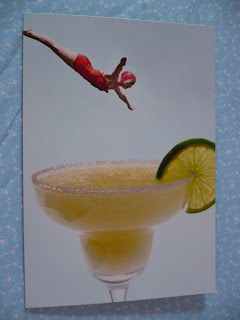 
Anyhow, speaking of sewing aprons (I know this is a long post, but remember that was what I was working on before Kitty called me to go shopping yesterday ....) ANYHOW, speaking of aprons, you should run over to Dandelion Quilts ... she's having an apron give away ... but hurry because it's over tomorrow! ..... also, zip over to Apronista" because they're also having an apron give away!!

Oh, yeah, and Kitty says to remind all of you to help her decide on her prom dress in the last post .... look down... yeah right down there at that last post about Kitty going to the Prom ... she says THANKS!

Ewww, how do boys get so stinky? I am so glad you have a pretty pink place to wander off to.

Yes, I think that there should be some more guy and little boy materials out there. I totally understand and my son is only 3. Glad you girls got out for a while. Boys can be very loud. :) But, we still loooove them.

Um....what's with the fireplace?? Is that how they do it in your neck of the woods?

I just have to say that I LOVE your blog!!! You have the best personality and your blog always makes me smile. The photo of your kitty cracks me up; how do they sleep like that????

Love all your purchases but really you should have warned us about those socks!!! LOL !!!!!

i raised three sons, they are now 39?!!!!!;31 and 33! i cannot believe what guys will do (any age) just because they "think" they can do it. weekly trips to the er.......i called them the flying kamakazee brothers. luckily for me they were (are) big wave riders so they mainly just wear trunks and they were wer all day so not alot of laundry. now when they went out fishing with their dad that was another story...ono slim is so hard to get out and stinky too...not to mention gobs of ahi blood (big yellowfin tuna about 250-300#s per fish)
as for kitty...well, she knows what she wants
i love that your friend will extend her hours for you...i think all quilt shops should :-)

WE are in the need to shower more often stage (my son is 11).
Love the fabrics. Are you going to make aprons from the motorcycle fabric? :-)

I really enjoyed this post! I know what you mean with all those boys, our house is affectionately known as the "Skate Park" (old Tennis Court turned mish mash of skate ramps and smelly boys)!

It's so nice when we can escape the laundry and dishes to retreat with our kitty babes and CREATE lovely useful things!

And the Margarita - Perfect :)

Similar to our house....I feel your pain...and your joy at having them around. We either have a bunch of 20yo guys eating, or a gaggle of giggling 17yo girls.

Your life is hectic! And Miss Kitty is a diva.

Dirty socks, dirty dishes, & dirtbikes.....ugh. A page from our life here in Wisconsin!

Thank goodness for those life-sized Margaritas...

Too funny that you mentioned Lucy & Ethel in your comments---just got the 9 DVD from the first season of I LOVE LUCY. Just in time to go with my June Cleaver curtains!

Have a good one, Mary Anne!