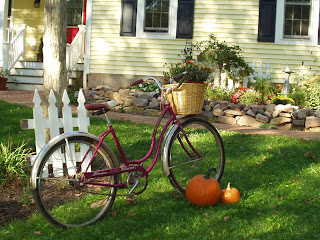 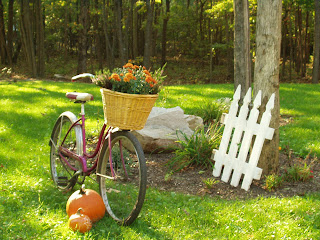 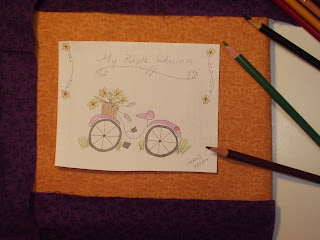 This is a GREAT bike !!! Let me introduce you to my purple Schwinn Hollywood bike (I think I'll call her Sally Star, after my favorite cow girl TV star from when I was about 4 or 5 years old -- a perfect name for a perfect bike !) I got Sally for Christmas when I was 10 years old WAY back in 1968 . By today's standards , this is a pretty primitive bike -- no gears, no hand brakes -- (when you saw a hill coming up you started pedaling like crazy before the hill to build up some steam, then did the old stand up and pedal thing until you couldn't do it any more, then you just got off and walked your bike up the hill. For brakes, you just pushed backward on the pedals -- simple ! ) I put alot of miles on that baby riding around the old neighborhood with my pal and partner in crime , Suzy. Just about every Saturday, after we begged for our allowance (which was about a buck's worth of quarters), Suzy and I would take off on our bikes up to Schilling's Pharmacy where they had an entire wall display of candy. We'd always get a Sugar Daddy, a Charms Pop , and a Milky Way Bar -- and bubble gum. We'd stuff our bag of loot in our bike baskets and tear outta there to Old Man Fredrickson's apple orchard -- to our favorite tree -- had the best climbing and sitting branches of all the trees -- not to mention good apples. We'd happily sit there in our tree and eat all that junk -- followed by a couple of not yet ripe apples right out of the tree. Then, fearing that we'd be caught by Old Man Fredrickson, who was rumored to shoot at kids with rock salt -- supposedly the kid next door got it in the butt once --- we high-tailed it outta there , jumped on our trusty bikes and rode through the woods down to the "crick". We'd hang out down there for awhile, try and catch a few salamanders, then decide to go home and play Barbies. That would last a short while, then we'd decide that Barbie and Ken would love to go for a drive -- so we'd put them in their turquoise Barbie convertable car and tie it to the back of one of our bikes with a jump rope. Then we'd go tearing down Beechwood Street with Barbie and Ken bouncing along behind -- eventually flipping over in their convertable and getting dragged face first down Ardmore Ave. Other times, Suzy and I would be cool, mod girl spies (as in Austin Powers' chicks) and our bikes would be our motor cycles -- we had hats that had sunglasses built in that you pulled down over your eyes -- and those were our "motor cycle helmets" -- no bike helmets in those days -- just alot of imagination!

Well, after high school, poor Sally Star stayed in my parents' garage when I went off to college. I would occasionally take her for a spin when I occasionally came home -- but more and more, poor Sally just got shoved to the far end of the garage. There have been other bikes -- the road bikes hubby and I bought out in Pasadena, California when we were newly weds and brave enough to ride bikes in the bike lanes all around Pasadena -- and also up and down the hills in Sierra Madre where we lived. Then there have been a couple of mountain bikes since we moved back home to the Pa mountains (one is a new one, but doesn't get much road time from me at the moment....), When the kids were babies, I rode them around in the bike baby seats; then I'd ride with them when they had their own bikes with training wheels; then we graduated to occasional family bike rides on some of the local bike paths along the canal when the kids could ride without training wheels. Lately, however, all bike rides are male testosterone driven ones with the now teenage sons trying to out do their very experienced bike riding dad , who is trying to prove that he is still as athletic as his teenage sons. ---- so, that usually means I get left in the dust !!!That's OK -- I prefer a leisurely bike ride where I can actually enjoy the scenery -- although zooming down a hill still has it's thrills (don't know, however, if I'm brave enough to let go of the handle bars like I did back in the day!)

ANYHOW, a couple of years ago I decided to get Sally out of my parents' garage and bring her over to my house. I took her out for a spin -- her tires needed to be pumped up a bit, she was a little rusty around the edges, and has quite a few creaks and squeaks -- just like me ! -- but in spite of all that, we had a nice ride -- just like old times. After our ride, I put her in our garage -- where 3 dirtbikes, a motor scooter and about 7 or 8 bicycles (all up to the minute, sporty jobs) live. Life got busy, as usual, and I didn't have time to take Sally, or my new mountain bike out for a spin. One day when I walked into the garage, I noticed that not only was my new mountain bike missing, but so was Sally !!!! The kids informed me that , since I didn't seem interested in riding either bike, hubby - dear decided to put both of my bikes down in the back room of our basement !!! which, to a bike, is even worse than the back corner of the garage !! (not to mention a real pain to drag it out of there when and if I decide to go for a bike ride ). Well, I've decided that poor Sally deserves a much more dignified retirement than the back room of the basement !!!! SO...... I decided to clean her up , buy her a new basket and some pretty fall flowers and put her right out in the front yard for everybody to see !!!....... and ..... there she is !!!!! She's still a classy gal !!!!!

What a great story and it reminded me of being a kid and going to the corner little store to buy candy. For a penny a piece I think it was. LOL We too rode out bikes but mine wasn't as pretty as yours. Love that picture of your bike and the basket.

Oh, I want a bilke like that. I've been asking for one for years but it looks like I'm gonna have to buy me one myself. I'd rather have one with history like yours, but I will take what I can get. Lovely, sweet story.

I so love your story about your Schwinn. I had one that was blue, an older vintage than yours, and she had blue and white fringes coming out of the handlebars! I loved it so - I don't remember what happened to mine, so your story brought back bittersweet memories. Love your drawing, too!

I want to just jump right into this photo!