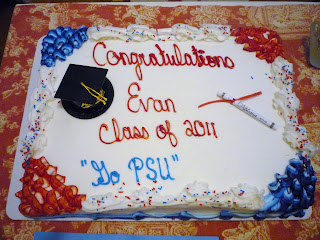 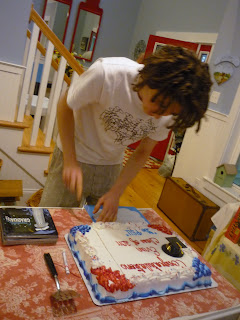 Well, the cards and gifts have been opened, the decorations have been taken down, the food is almost gone, the guests have gone home, and the kitchen and house are sort of cleaned up .... that was last night after Evan's graduation party and I'm still POOPED !!! (I've come to the conclusion that I'm way too lazy to be a party planner!) Anyhow, here we have Evan cutting his graduation cake to share with .... 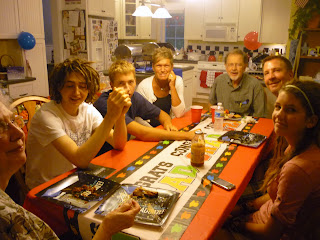 all of his family and friends who came to his party to celebrate this milestone with him. (milestone = graduation , not cutting the cake:) 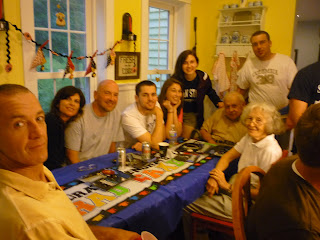 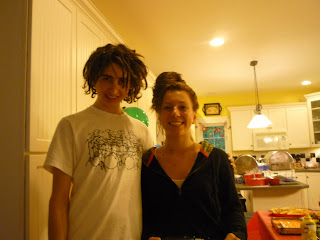 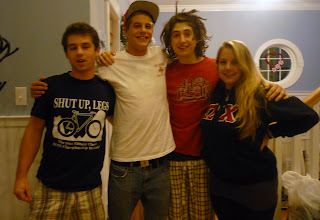 friends through good times and bad, and a loyal brother 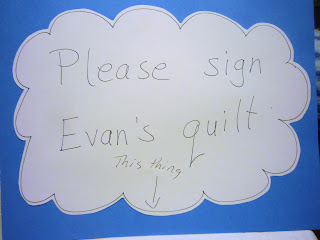 .....who wanted to make sure everybody at the party realized the "quilt" they were supposed to sign was "this thing" as he wrote on the sign with an arrow pointing to what he says .... 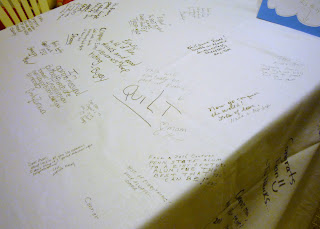 looks like a table cloth .... well, so it isn't the actual quilt, but it is GOING to be the BACK of Evan's quilt - someday - because as of zero hour when the party started .... 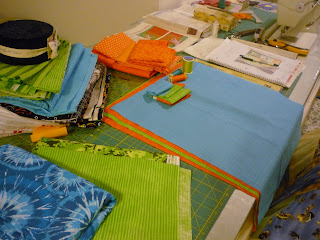 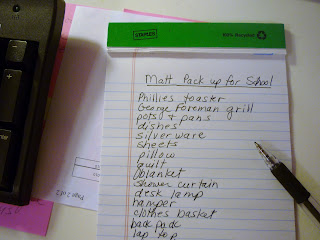 And now that this milestone is behind us, we're zooming full speed ahead onto the next thing on the agenda .... and that is to get Matt packed up and moved into his new apartment out at Penn State THIS Saturday to start his senior year (gasp !!!). Yep, I now have 2 college boys !!! Matt out at Penn State main campus and Evan commuting from home to the local branch campus of Penn State . Classes start for both boys a week from today .....YIKES !!!!!

Be back soon!
Toodles,
Mary Anne (aka Mare)
Posted by Mary Anne Drury at 10:05 PM

my second son graduated from high school ten years ago ... you've already made more progress on a graduation quilt than i ever did ... he did get two quilts with hawaiian pinup girls - can those count?!?

Looks like a great time and again, congrats to your guy!!! Things are sure busy at MIAJ!!