Good morning Blogland Neighborhood ! Have you all recovered from your Valentine festivities? Kitty has made a brief appearance and has shared limited info on her big date .... I'm afraid Goofy wasn't quite the dreamboat she had hoped for .....Kitty has some pretty high standards and apparantly Goofy's attire for the evening wasn't quite up to snuff......oh, she says she may go out with him again, if she can tell him what to wear.....that may not go over too well ... but we'll let her find that out for herself! 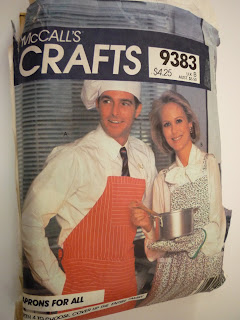 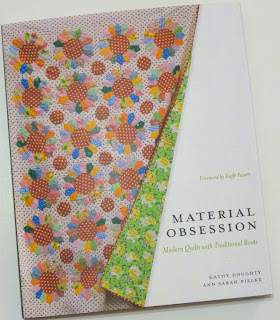 ....how about this new book!!! it's from those Aussie girls, Kathy Doughty and Sarah Fielke from Material Obsession . I've been a fan of their fun and bright quilts for awhile now and was tap dancing when I saw they had a book coming out (which I preordered from Amazon last fall ..... and it's finally here!!!) 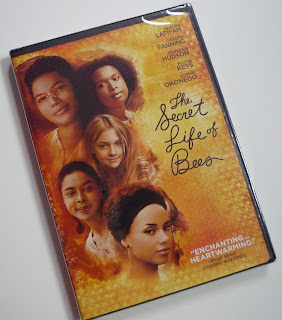 "The Secret Life of Bees" ..... I read the book a few years ago and LOVED it to pieces !!! I was thrilled when the movie came out, but never got a chance to go see it .... so now that it's out on DVD I'm gonna watch this if it has to be at 2 AM !! (which is pretty much the only time that the tv isn't blaring a dirtbike race or CNN news .... neither of which are my choices!) .... anyhow, I'm hoping the movie is as good as the book.

Next on the agenda ..... new fabric !!!(because the MBIAJ Sewing Dept stash hasn't quite started to fall out of the windows and into the yard ....not yet anyway) 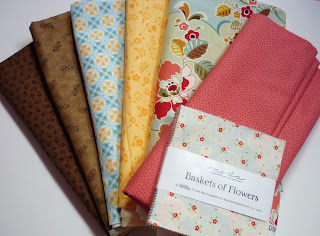 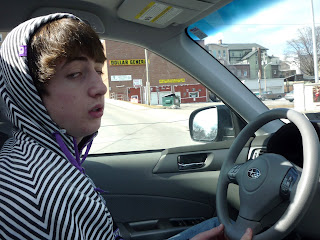 ....yes ... that's Evan behind the wheel .... and yes the car was moving ....(he got his learner's permit about 3 weeks ago ) .... he does pretty well, except he forgets that he's not racing a dirtbike .... therefore the collective nerves of the MBIAJ Driver's Ed Dept are SHOT ..... he sort of zones out during crucial /key bits of info that I might be droning on and on about ....for example "check to see if anybody is coming before you pull out of that parking space" , etc ..... which is quickly followed by the threat that his drivers' license can easily be put off until he's about 30 !!!

Anyhow, be back soon!

Toodles,
Mary Anne (aka Mare)
Posted by Mary Anne Drury at 7:59 AM

Ah...yes...the fun days of having a teen driver in the house. *sigh*

NICE-looking fabric you bought with your gift certificates.

Love it...I have a 16-year-old who is learning to drive as well. I suppose it's good for an old person like me...keeps me awake!

I love your new fabric. Like you, I have been stocking up for some fabric famine in the far off future. The piles threaten to engulf me but I just say, " I might NEED this someday."

Ugh...I don't envy you. Every time my son took the car, I would worry for hours and listen for sirens. He's 21 now, so he survived! No dents in the car, even! So far, his record is better than mine...but we won't talk about that.

The book looks fabulous! I'm going to Amazon to check it out....

Ask Evan where we can get us a jacket like that?? I'm pretty sure we would be stylin if we had one too.

I am still recovering from mine having learned to drive... 14 years ago!!! (It's traumatic.) THE SECRET LIFE OF BEES is wonderful. I hope you enjoy it -- it's well worth staying up to the wee hours.

I want to see that too! Maybe I should read it first?

I'm not looking forward to the day when my boys want their licenses. [they're only 5 and 7. Yikes!]

The Material Obsessions book is lovely, isn't it?