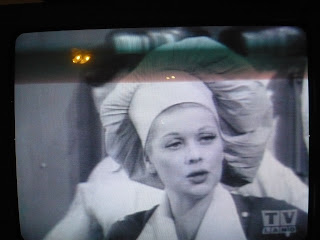 I found another yummy pasta recipe in the back of one of my magazines (I tore it out of the magazine and now I can't remember which magazine it was....) Anyhow, it's actually an ad for Ronzoni Smart Taste thin spaghetti. The recipe is "Roasted Cherry Tomato, Spinach and Asiago Pasta". 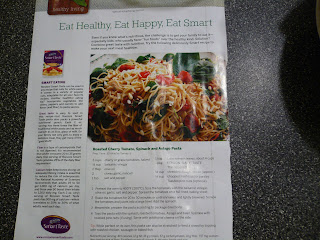 Now, being the sophisticated cook that I am..... I didn't know what Asiago was ..... until I read the ingredients list and found out it's cheese ..... which I found out is STINKY cheese after I bought it and started to cook with it!!! BUT, stinky as it may be, I think it tastes good !!! (just light a candle while you're cooking and eating and it's not so bad.)

1) Preheat the oven to 400 degrees. toss the tomatoes with the balsamic vinegar, olive oil, garlic, salt and pepper. Spread the tomatoes on a foil- lined baking sheet. 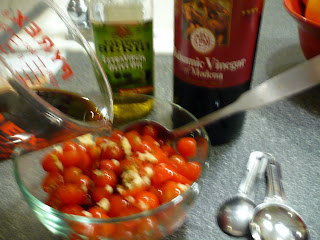 2) Roast the tomatoes for 20 to 30 minutes or until shriveled and lightly browned. Scrape the tomatoes and juices into a large bowl. Add the spinach. 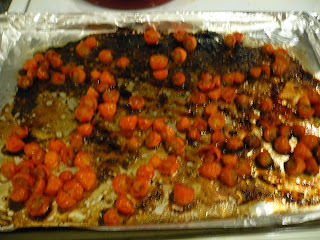 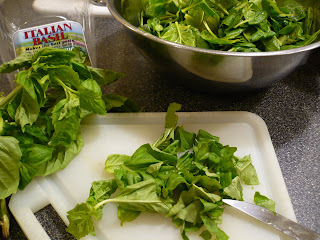 3) Meanwhile, prepare the pasta according to pkg directions. Shred the cheese . 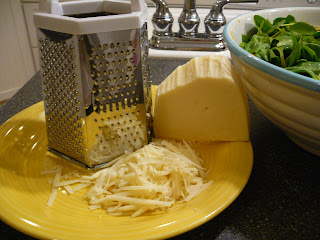 4) Toss the pasta with the spinach, roasted tomatoes, Asiago cheese and basil. Sprinkle with the pine nuts (if using). Serve with additional cheese on the side. 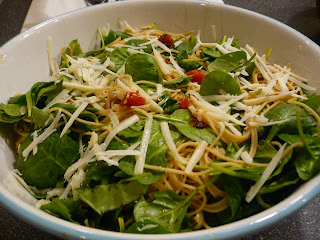 Even though this is a very healthy recipe, it's kind of high in Wt Watcher points, I think (maybe because of the stinky cheese??) -- so, anyhow, I figured I'd better try and work some of it off ...... 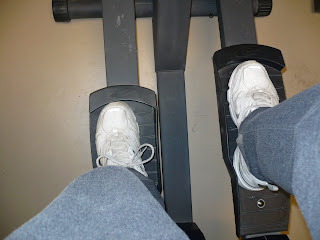 Hi Mare, I LOVE pasta, almost any kind as long as it's seafood-free, but I can't eat the "stinky cheese" either. Last night DGD was here and ate some pasta and added some sprinkle type cheese and I kept smelling something stinky, later realized it was DH's stinky cheese! My nose knows.

This recipe looks wonderful! I love, love, love asiago cheese. To me, it is so much tastier than parmesan...a little goes a long way...lots of bang for your buck. I became acquinted with it many years ago at an upscale resort I was lucky enough to be able to stay at while my husband was attending a business conference, and have been hooked ever since...gonna try this recipe...and then maybe pass it on to my WW friends at the next meeting. Thanks!
Wendy
p.s. love your blog, your quilts, and your sense of humor!

I love Asiago! Yes, it's stinky, but yummy! Thanks for the recipe, ma'am! And, all the wunnerful photos!