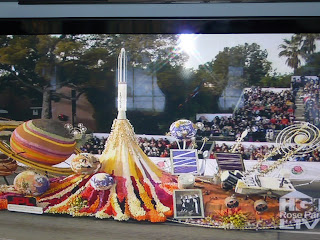 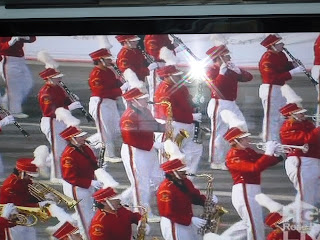 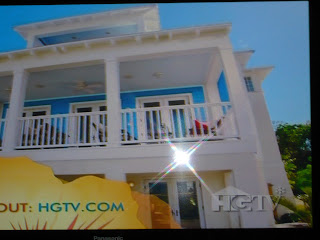 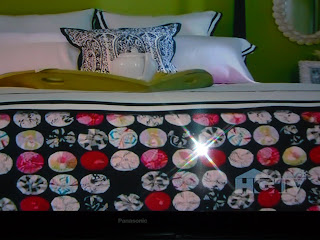 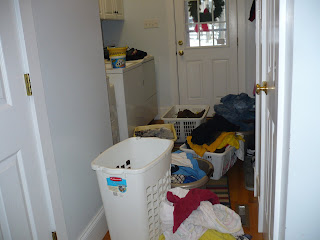 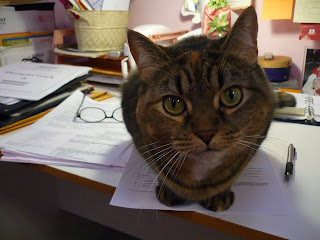 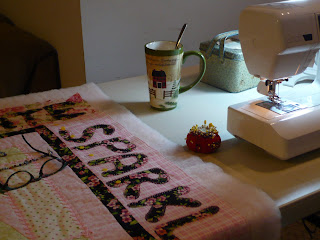 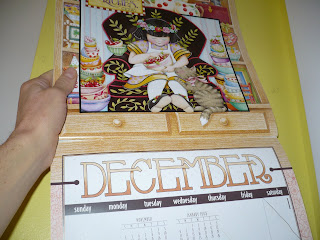 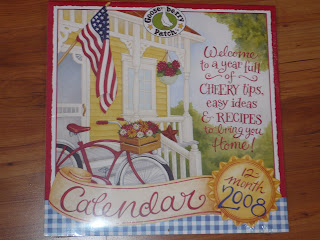 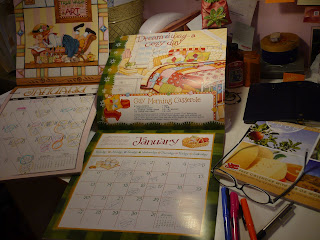 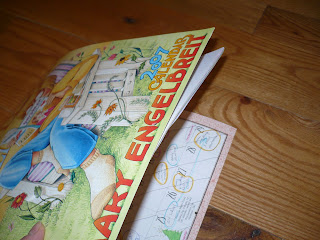 It just isn't New Year's Day unless I watch at least a little bit of the Tournament of Roses Parade. I never cared about it until I lived in Sierra Madre, Ca (a spit away from Pasadena) from 1984-1990. We could drive about a mile, then park the car and walk to the ending point of the parade. Those floats are just amazing in person -- gorgeous flowers !!! Anyhow, now it's fun to watch it on TV and look for familiar landmarks. I used to work for Pasadena Visiting Nurses and the office was on Colorado Blvd (the main parade route).

Another one of my little New Year's Day traditions over the past few years is watching the HGTV Dream Home . This year's dream home is in the Florida Keys. I always enter the contest every year -- fully expecting them to come knocking at my door telling me I've won.....oh well, it keeps me entertained during the winter months! Anyhow, look at that great quilt they have on the bed in the guest room (4th picture) -- it's kind of scrappy yo yo's on a black background -- I'm thinking I might start one of those ....... but then I'm also thinking I should finish the other zillion projects I have started first!

Anyhow, in between watching the parade and the Dream Home, I did laundry left over from 2007 (loads, and loads of laundry -- that Oxiclean is becoming one of my best friends !) Daisy and I also tried to get some paperwork caught up -- also left over from 2007 (i.e. yesterday) -- Daisy is VERY helpful when she parks herself right on top of what I'm trying to write on!!! ..... so, I took a break from that and decided to work on a loooooooonnnnnngggggg overdue quilt project for my ever so patient niece, Maura. Actually, one of my New Year's resolutions is to spend more time quilting and working on projects, and less time doing laundry and paperwork....... I'm not sure how well this resolution will sit with the real world ...... I'm guessing not well .....(turns out I got the chance to spend an entire 20 minutes working on Maura's quilt today before "stuff" intruded on my resolution.....)

One more tradition I do every New Year's Day is to take down the old calendar, and put up the new calendar. But, before the new calendar goes up, I sit down with the old calendar and copy important dates into the new calendar .... birthdays, anniversaries, etc. While I'm doing this, I'm also seeing the past year of my life ....all the "stuff" that was written down on that calendar during the past year that I didn't know was going to happen when I sat down to do this very same thing last New Year's Day ..... in the past year I'm reminded that I started this blog on March 5th and as a result of that I've "met" so many new friends out there in Blogland!; also George(aka Dad) got a new knee; Matt got his driver's license and he also had his last "first day of school"; and Mom got an improved way to breath. As I'm writing in the new calendar, I'm writing in some very significant events for the coming year ..... June 6th (God willing) is Matt's high school graduation (this REALLY floors me .... how on earth did we go from "it's a BOY!!" to high school graduation so FAST !!! ); also my baby boy, Evan will be 16 years old on October 24, 2008 (that's impossible, he's my BABY !!!!) --- and even scarier, is the fact that this kid will be old enough to DRIVE !!!! ..... and..... the absolute scariest thing I'm writing on this calendar for this new year of 2008 is in November I will be WAY TOO OLD !!!(the big Hawaii 5-0 ....... AACK!!!!!!) So...... way too quickly, on this day next year I'll be looking back on the calendar I started today and will be wondering how on earth that year went so dang fast!!!

Mary Anne...I fully expect to win that HGTV house this year, but you can come to visit any time that you like!LOL! Susan

Mary Anne, I've been 5-0 all year now and it doesn't hurt at all... except sometimes... but since my memory is entirely shot I have no recollection of any aches or pains. Also I can no longer see so crow's feet are fuzzy, blurry, not even there really. Come on in -0- aging is good.

Happy New Year!!!! Love the laundry photo. I thought I was the only one with a laundry room looking like that. LOL!! The big 50 huh?? WOOOOO HOOOO

Hey did you ever have a muffin at Birdies or a beer at Crown City Brewery? I was working in those places during many of those same years. Maybe we have met after all.

Ha - love the laundry photo - Oxiclean is my friend, too! The big 5-Oh! isn't so bad. Life coninues just the way it always has, except maybe you have more appreciation for everything!! At least, that's the way I feel. I also say what I really think WAY more often than I used to!! Ahem....
2008 will be a wonderful year!!!