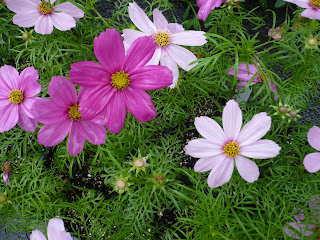 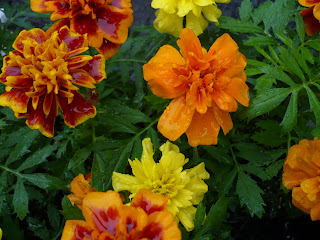 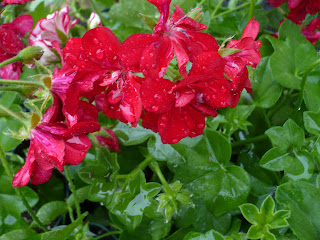 .... so yesterday afternoon, I thought I'd try and get my window boxes planted (because the weather guy was talking about rain for today and Saturday )

Well, everytime I try and get something done around here, it's always some kind of interruption or other .... and guess what/who the interruption was this time ..... 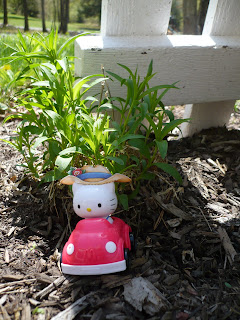 .....Kitty came over to ask me if her Chef hat was finished yet and to show me her new gardening hat....(she doesn't want to sunburn that complexion of hers for the Prom next week....)

.... I told her, No, the Chef hat isn't finished yet because I keep getting interrupted by work, laundry, making and cleaning up meals, and by certain parties who only care about themselves and THEIR HATS !!! 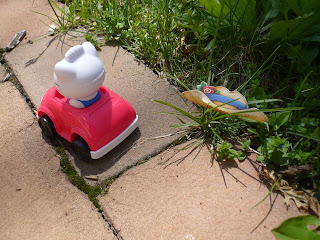 Let's see ..... what else is new .... well, my friend Kelly has decided to put her quilt shop and antique mall on the market . The Quiltery is one of my favorite hang outs .....so I called my sister Boop (her name is really Karen ... Boop is just the name we've called her since she was a baby ... and only her family and close friends know about it .... now you're all her close friends !!! HA !)... anyhow, I called Boop and said we should buy The Quiltery ..... now Boop doesn't quilt, but she can knit up a storm ..... so she would want the shop to be Quilting AND Knitting .... OK, that's fine ..... we could call it "Mare & Boop's Quilt and Knit". She thought that was OK except for one change she would make .... "Boop & Mare's Knit and Quilt" .....hmmmm, we can't even agree on a name ... just like
Lucy and Ethel when they bought that dress shop. Then, my kids have to get in on the act and said it should be "Mare and Boop's Quilt and Knit and Dirtbike Parts" ...... PERFECT !!!! Well, it's neither here nor there (as my mother would say) since Boop and I would have to print up lots more monopoly money in the basement to be able to buy it ..... not to mention the minor detail that , like Lucy and Ethel, neither one of us has a clue how to run a business !!! OH Well!! ..... just hope whoever does end up buying The Quiltery is as friendly and willing to put up with me as Kelly and gang have been!

i like the idea of buying it with your monopoly money made in the basement, you could get kitty to broker the deal, with her it would be a done deal. but you might have to put up with her as a partner. i do hope however buys it continues it in the same vane

Beautiful flowers! I just have to share this with you-last night our electricity went off due to the wind. While we were all sitting around in the dark, somehow I started telling about Kitty and how I just loved to read about her exploits. My husband said "and this is an adult that writes this?" I said "yes and she has sons that ride dirt bikes and four wheelers". Then he said "oh well thats really neat". Once he heard about the bikes and 4wheelers he thought Kitty was great!So funny.